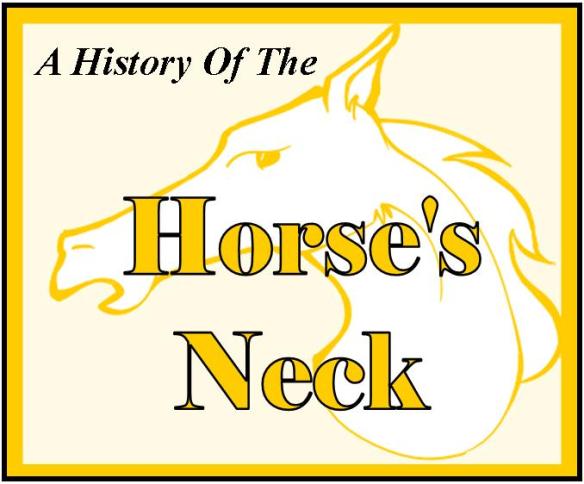 There is a new cocktail in my list of favourites and, surprisingly, it is not gin-based, but brandy-based; I am talking about the Horse’s Neck. My fondness for this drink was recently rekindled after writing Monday’s article on ginger ale. 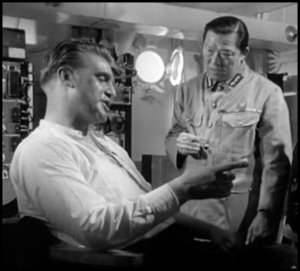 As a cocktail, the Horse’s Neck is rather unique in that it is equally well-known both as an alcoholic and a non-alcoholic drink. The standard recipe for the latter produces a high-ball glass filled with ginger ale and ice, garnished with a long strip of lemon peel (the “Horse’s Neck”). The alcoholic version used today sees the drink typically fortified with brandy, although some recipes call for whisky or bourbon instead. The alcoholic version is sometimes known as a “Horse’s Neck with a Kick”.

The earliest reference to the cocktail that I have found is from 1st September 1895 from the Fort Wayne (Indiana) Journal. This refers to it being a soft drink. A later article from December of 1897 mentions the possibility of adding a splash of whisky and, in The Mansfield News in 1900, it is stated that the version using brandy is known as a “Horse’s Collar”. In the latter publication there is also a story that says that the drink was invented by a bartender in attempt to stop his boss from firing him; needless to say it worked. 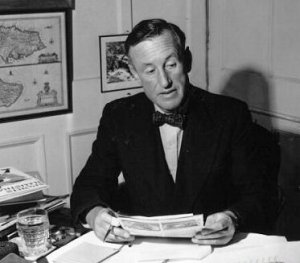 By the Second World War, the Horse’s Neck had become a favourite beverage to be served in the Officer’s Ward Room in the British Royal Navy; a replacement for the Pink Gin. One of the first on-screen references that I have found of it is in ‘The Yangtze Incident (The True Story of HMS Amethyst)’, notable for its pairing with “Herrings-In” sandwiches.

Aside from British Naval Officers, another notable fan of the brandy and ginger ale concoction was the writer Ian Fleming. Despite his fondness for gin and vodka, this was one of his staples. James Bond himself drinks a double brandy and ginger ale whilst waiting in the VIP airport lounge in the book On Her Majesty’s Secret Service, whilst in disguise as a member of the aristocracy and a Fellow of the College of Arms. In ‘Octopussy’, one of the last Bond stories written by Fleming, Major Smythe (who bears a certain resemblance to the author) drinks two stiff brandy and ginger ales for his elevenses, which he actually takes at 10:30am. Fleming reflects that this beverage is “The Drunkard’s Drink”.

Whilst I accept that the American whiskey version of the Horse’s Neck most likely predates the brandy version, for me, the grape wins over the grain in this instance; no doubt my preference is influenced by my having a family with Naval connections. 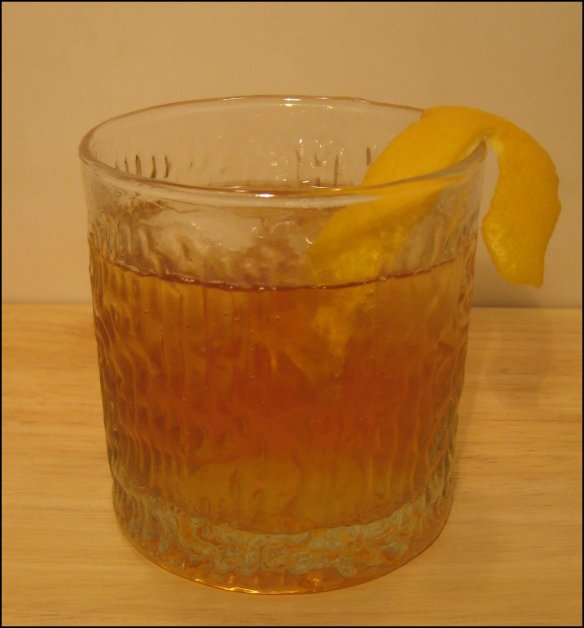 Classic Horse’s Neck / Horse’s Collar
50ml Brandy
100ml Ginger Ale
(I like something with ginger and effervescence, for this drink I find Schweppes* hard to beat)
A long thin strip of lemon peel.

This is a great drink: smooth and very easy to drink. A good quality ginger ale is the key, more so than the quality of the spirit. As James Bond says, “the cheapest way to improve the quality of a poor drink is with a good mixer”.

There are some hints of brown sugar and warmth from both the ginger and the brandy. After each sip, you are left with a slight glow and a flicker of ginger fire on the finish. The whole drink is set off nicely by the little zip from the citrus.

Despite its great warming qualities, this is also a very refreshing drink, making it perfect for all year round. 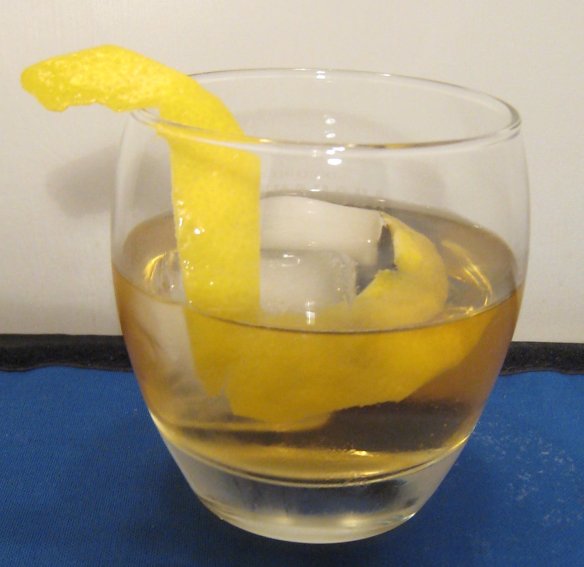 This is very smooth and slightly grainy; the sweetness is of a vanilla, bread-y quality, rather than the burnt sugar flavours of the brandy version.Very nice; lighter and more refreshing then the brandy version, but not as warming. 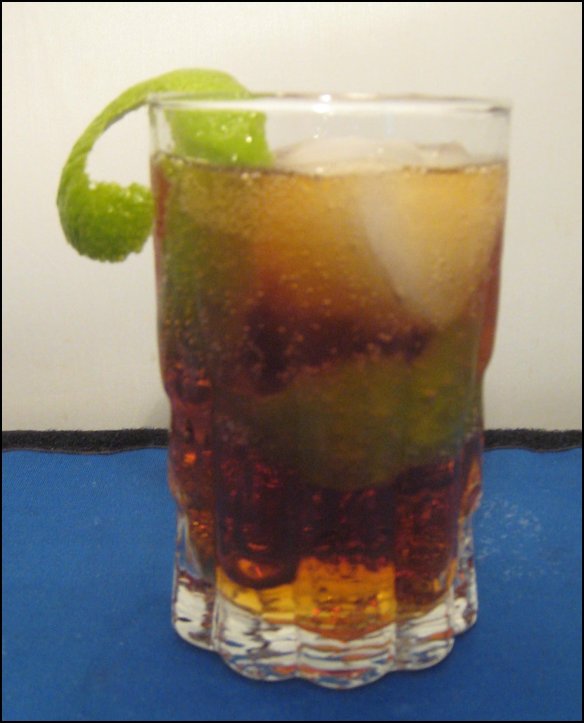 Inspired by Major Smythe’s reference to the local (Jamaican) “poison” (drink) being rum and ginger. The Major tells Bond “with the automatic smoothness of an alcoholic” that he prefers the ginger ale by itself.

I thought this was very pleasant; a little lighter then a Dark & Stormy, which uses ginger beer, and thus a touch more refreshing. I used Skipper Rum, which gives the drink a really dark, brown sugar and molasses thickness, with a hint of treacle. The drink may have verged towards sickliness if it wasn’t for the freshness provided by the lime twist.

* I mean Schweppes over Canada Dry (sadly they seem to be the same thing in the UK now) I have tried the new Fentiman’s Ginger Ale in a Horse’s Neck and sadly it is just too gingery and so upset the drinks balance.