Flavoured and fruit gins are all the rage at the moment. With many distilleries focusing on berry-flavoured or pink-coloured gins, it’s nice to see Tanqueray do something different by making an orange gin.

In the early 20th century, orange gin was one of the most popular flavoured gins of its time and orange-flavoured varieties of genever, brandy and whisky were also available. Tanqueray’s sister brand, Gordon’s, produced an orange gin all the way from 1929 to 1988.

The new Tanqueray Gin goes a bit further than the orange gins of old by embracing both distillation and infusion to add orange flavour. It also uses orange blossom in addition to citrus peel to produce a deeper, more complex orange flavour. The recipe was inspired by notes and recipes from the notebook of Charles Tanqueray himself.

Bottled at 41.3% ABV, Flor de Sevilla is flavoured with seville orange and orange blossom in addition to the traditional Tanqueray botanicals.* 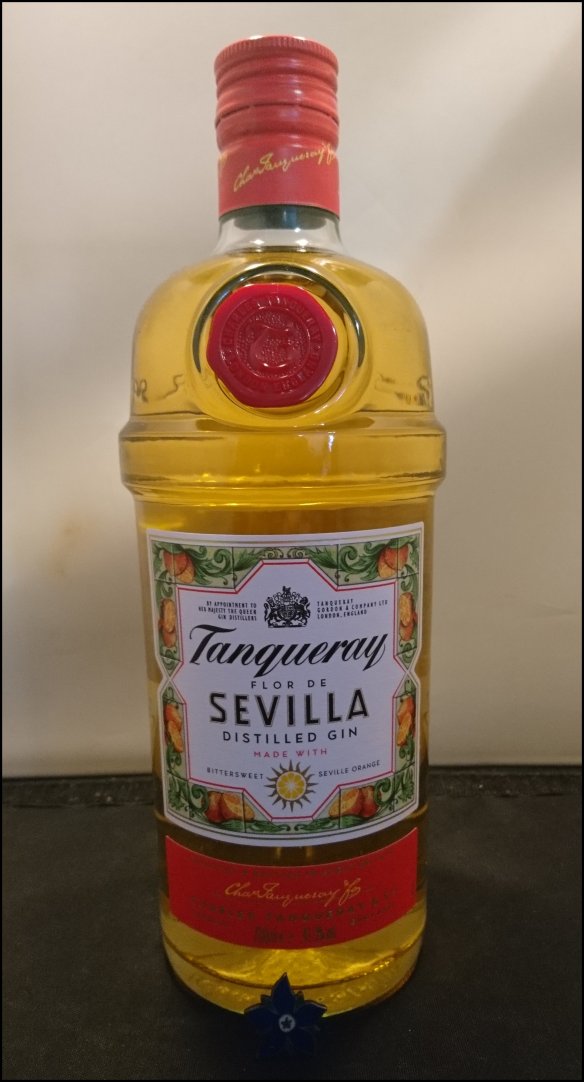 On its own
Colour: Rose gold
Nose: Soft, earthy juniper with angelica and the delicate floral notes of violet and orange blossom, followed by hints of orange and chocolate.
Taste: This gin has a thick texture and silky sweetness before the sparkling flavour of bitter orange appears on the palate – crisp and clean, with a well-balanced level of citrus. The orange blossom gives the orange-citrus character great depth and complexity with a little backing of coriander, lemon and lime.

Gin & Tonic
This drink is quite sweet as Gin Tonics go, but works particularly well with pepper-flavoured tonic or Fever-Tree Mediterranean. It has a very floral finish that lingers for a good while after drinking.

Martini
Flor de Sevilla makes a Martini that is rather reminiscent of a marmalade Martini with a smooth creaminess and a little vanilla. It is very well-rounded with a lingering finish of bitter orange. A fresh cocktail that would make a lovely pre-dinner drink.

Negroni
This gin is a superb match for the flavours of the Campari and red vermouth; the orange adds a fantastic zestiness and the floral notes add a lovely complexity to the drink. No garnish needed!

Gin Soda
Incredibly fragrant with hint of neroli and marmalade bursting forth from the glass.The drink also has a charming, golden-amber glow to it. Taste-wise, there is plenty of succulent orange along with a hint of vanilla and cinnamon spice, before a dry, zesty finish.

Gin & Cola
A great combination: the bright, zesty orange comes through and the floral elements work well with the botanical flavours of the cola. Neat flavours of orange oil and juniper linger on the finish.

The orange flavour of the gin works exceptionally well with warmth of the Cognac, making me think that, along with a little lemon juice, Tanqueray Flor de Sevilla could be a wonderful ingredient in a Sidecar variation – how sophisticated!

With bubbly
The citrus and floral flavours of the gin made me think that it would likely work well with sparkling wine. A measure of Tanqueray Flor de Sevilla, topped up with Prosecco yields a pleasant drink, although I thought the combination was a touch on the rich side. Tanqueray themselves suggest a 50/50 mix of Prosecco and soda water and the result is simply spot-on – fantastic for afternoon sipping.

In Conclusion
Tanqueray Flor de Sevilla has brought the orange gin of old right up to the 21st century, dusted it off and significantly improved it. The spirit is nuanced and complex with plenty to explore. My favourite drink was drinking it with soda water – straightforward to put together, but absolutely superb.

Tanqueray Flor de Sevilla is available for around £30 for 70cl from Master of Malt, 31 Dover, and The Whisky Exchange.

*The label also states that it uses other natural flavourings and colourings.