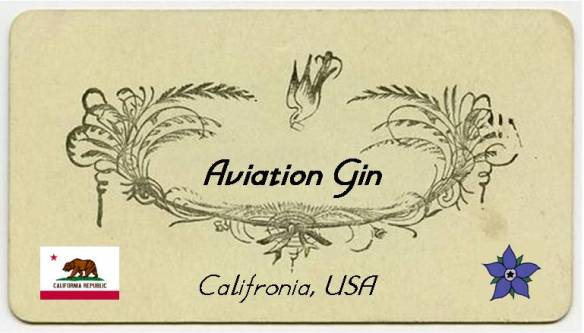 Aviation Gin was created in 2006 and I first tried it at the Boutique Bar Show in 2008. It is made in Portland, Oregon and uses 100% neutral grain spirit as a base and its seven botanicals are matured for 48 hours before distilling (twice the more common 24 hours).

Aviation is described as a New Western Gin and the founder of Aviation, Ryan Magarian, actually coined the term. I’ve spoken to him and he agrees that the “contemporary” moniker also fits. “Botanical Democracy” means that the Juniper “is not King”*, therefore allowing the other botanicals to have a greater say in the overall profile, as it were. 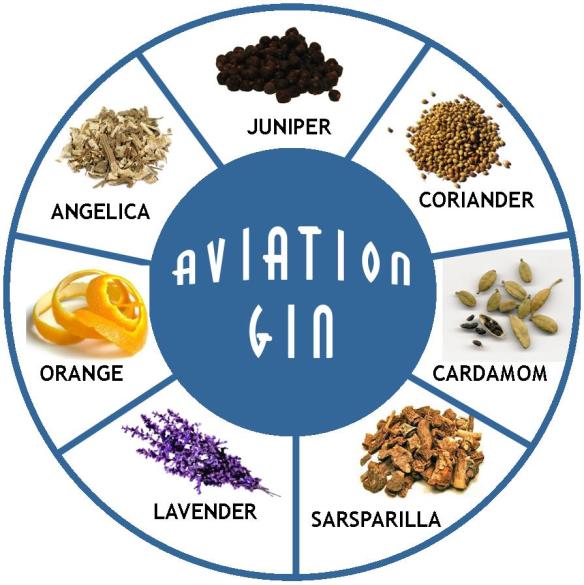 1) On its own
Nose: Menthol, spearmint, dark chocolate, savoury, salty and a hint of cardamom.
Taste: Herbal and salty to start, with some warmth. It grows bitter towards the end, being earthy, with hints of burnt toast, wood, resin and salted butter. In the middle of the flavour profile, there’s some piney juniper. Finally, the finish is warm with floral notes.

2) Gin & Tonic
This makes a herbal and floral Gin & Tonic with notable hints of anise, spearmint and wintergreen. Bitter and earthy, with dark chocolate on the finish. Not typical, but by no means bad. There’s a little sweetness and then some savoury saltiness towards the end.

3) Martini
Dry, spicy and savoury. There’s a hint of cinnamon and sarsaparilla, as well as some saltiness. This not your typical Classic style of Martini, but then the gin was designed to be different and more contemporary and this comes through in a Martini. There’s some spicy cardamom, too.

4) Negroni
Floral and syrupy, herbal and sweet, with some hints of anise and sarsaparilla. This drink has a real medicinal quality. There’s some vanilla, but it’s much less bitter and dry than your usual Negroni.

In Conclusion
Aviation is a new wave of gin and one of its strengths is its savoury character. It lends itself well to drinks like the Red Snapper, but also gives it a relatively unique application for other gin drinks; as a fan of savoury cocktails, I’d like to see more of them. Aviation defnitely has potential.

* Some informed readers will no doubt get a bee in their bonnet about “predominant juniper”, a term from EU Regulation: No 110/2008.

1) This term is effectively meaningless, as what constitutes “prominent juniper” is not defined by the regulation, making it very subjective.

2) A gin that (flavour-profile-wise) is 99% juniper and 1% other botanicals has a more prominent juniper flavour than one that is only 90% juniper and 10% other botanicals, but no one would consider the latter to not be gin. With these sort of gins, juniper should still be the main flavour, it’s just that the others play a bigger part.