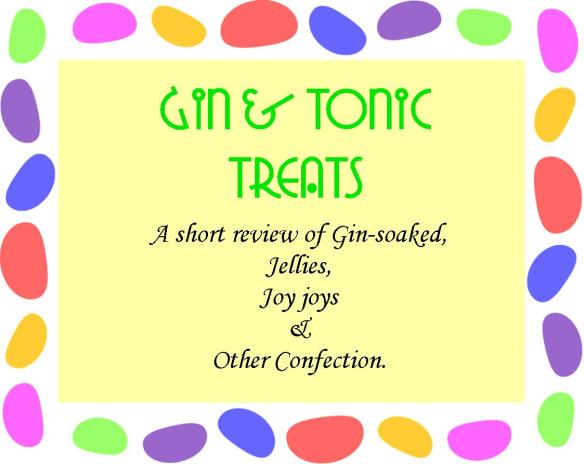 Gin & Tonic Food: a collective term for jelly, cakes, sponges, sorbet etc. that are flavoured with gin or gin & tonic. We write a lot about drink on the site (naturally), but what about some gin-soaked nibbles? Here is a selection of what is out there:*

Initially, I thought that this tasted just of lemon, but then I got a hint dry juniper and, at the end, I got some tonic water, or rather the fresh bitterness of tonic water. I didn’t notice the alcohol too much, but Mrs. B picked it up more than me. She quite liked it, saying it was “the best alcoholic jelly she had tasted” and that it was well-balanced.

Rather lost of the plate, the gin soaked raisin fairy cake with gin icing. This cake actually has two types of gin in it, rather tasty if not "rustic".

I cheated a bit here, using a pre-mix batter. I added some raisins that I had soaked in gin over night, baked them, and then added the icing, which consisted of a mix of gin and icing sugar with a drop of water.

Well, you can certainly taste the gin, both from the raisins (a rather subtle taste) and from the icing, which is more forthright. Once again, I used Plymouth Gin and I think the whole thing worked rather well. They are rather boozy (much more so than a Glenfiddich Dundee cake I had once) and so I wouldn’t advise eating too many, but one or two at a garden party would be, I think, a nice treat.
I found the flowers on the top rather a distraction, and from the picture it is obvious I haven’t inherited my family’s gift for cake decoration.

A scoop of Gin & Tonic Sorbet

Very fresh and crisp; the citrus comes through, but so does the juniper, along with some bitterness from the tonic. The aftertaste is that of a gin & tonic and, like the popular gin drink, is delightfully refreshing. The addition of fresh juniper to part of the process really increases the gin flavour. 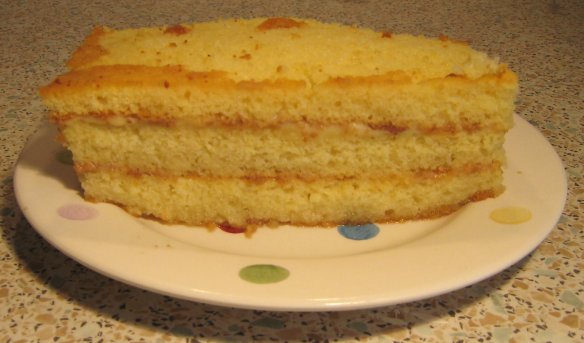 Originally destined to be a swiss role this creation eventually ended up as a layered sponge cake.

This was originally going to be a Swiss roll, but it didn’t quite work out, so I used some of the opera cake details from this recipe.

This is rather heavily gin-soaked and so the sponge almost melts in your mouth. The white chocolate & Earl Grey filling holds it together well, however. It is quite rich and so a small slice would suffice but, with afternoon tea, it would be rather delicious.

This has been quite an enjoyable article to research and write and I’ve polished up on some of my culinary skills, especially when making sponge/swiss roll.

There is no question which of the Gin & Tonic treats was my favourite: the sorbet. It was certainly something I would try again. I’d also like to experiment a bit more with fruit cake with gin icing.

*N.B. Recipe haven’t been added yet but should be here on Wednesday.