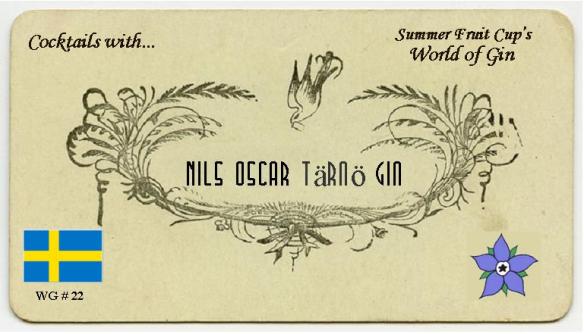 Nils Oscar Tärnö Gin is made at the Tärnö distillery in Nyköping, Sweden, which lies in the Sörmland Countryside in the mid-east of the country. Tärnö also have an established brewery where they make a variety of ales and, in addition to the gin, a range of vodkas and an aquavit.

Tärnö is an organic gin that is made using both organic grain and organic botanicals. These botanicals include:

1) Own
Nose: Fruity and herbal, with strong notes of jammy berry and a hint of pine.
Taste: The berries carry through to the flavour, providing an initial jammy and creamy sweetness  that is followed by the dryness of sloe berries, as well as juniper and pine.

2) Gin & Tonic
A rather jammy Gin & Tonic with hints of berry and elderberry. Fresh and fruity, this was quite refreshing. There was some juniper there too, which reminded me of the Lebensstern Dry Gin. Unusual and very tasty.

4) Negroni
Quite substantial almost food-like, this was very herbal and intense, but nonetheless worked very well. It suddenly made me quite hungry and crave for some little savoury biscuits or crackers. The normal Negroni bitterness was quite subdued and, overall, it was very smooth, making for a very pleasant drink.

5) Martini with Swedish Punsch
This works really well; the rich honey and fruit flavours of the Punsch complement the jammy, fruity notes of the gin. This cocktail was refreshing and complex, with lots of body and had a similar dry-sweet balance to that of an Aviation.

6) Alexander
A nice drink, but the gin was lost other than on the finish. In particular, the gin’s sweetness, with its berry jamminess, was lost amongst the general sweetness of the drink. As a result, it was a pleasant drink, but not a great way to appreciate the gin.

7) Vesper with Suomi (Scandinavian White Spirit)
Very crisp and fresh, this reminded me of a typical Vesper, but with a more rounded flavour helped by juicy and succulent fruit notes in the middle. It’s a very tasty drink, but I’m not sure it would cut mustard with 007.

8) Gin Buck
Strangely, anise seems to come through quite well, as well as some fruity jam; the latter sweeter notes are neatly balanced out by the lemon juice and the ginger ale adds length and zip. 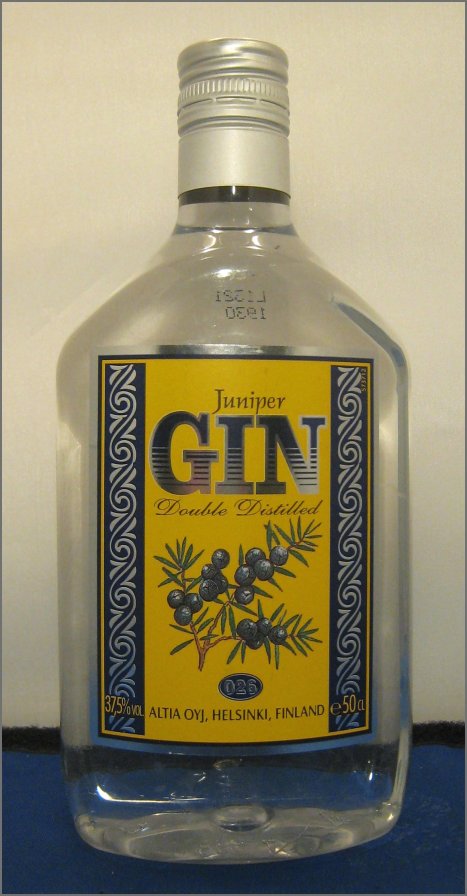 As a Scandinavian bonus, here are some tasting notes on a Finnish Gin that I tried after a friend visited the country.
Juniper Gin Double Distilled is bottled at 37.5% ABV and is made by Altia Oyj in Helsinki, Finland.

Own
Nose: Quite a classic nose; juniper, coriander and angelica, followed by some bitter, earthy notes.
Taste: There wasn’t a huge amount of flavour, only some understated juniper and subtle earthy notes; almost soil-like.

Gin & Tonic
Quite reasonable if a little on the sweet side, some piney juniper and sweet citrus. Pretty average but perfectly drinkable.

Martini
Quite nice and smooth, mostly consisting of notes of juniper and coriander. Nothing too complex, but perfectly respectable. There was a touch of anise at the end.