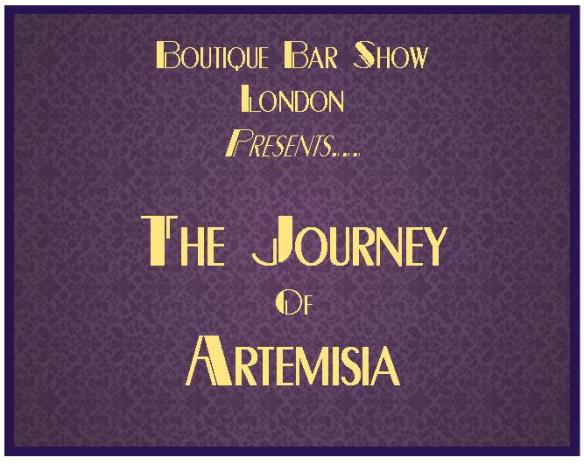 The final talk of London’s Boutique Bar Show‘s first day was the busiest and strictly standing room only; the reason? Not just that topic of wormwood is one of mystery and intrigue, but that this talk featured a star-studded cast of experts on the subject:

The talk opened with Jared & Anistatia passing some fresh wormwood around the audience and explaining how to make wormwood-flavoured gin by steeping the herb in spirit. They noted that you only need to do this for one hour; indeed, some of the flavour comes through after only 30 minutes, indicating how strong a flavour it is.

We then progressed onto a little of the history of man’s relationship with wormwood.

ANCIENT EGYPT
Used in medicinal tonic, wormwood was given its name in Ancient Egyptian times as the plants repelled groundworms.

ANCIENT CHINA
Wine infused with wormwood, chrysanthemum and other herbs was used to treat fever.

ANCIENT GREECE
Pythagoras and Hippocrates prescribed Vermouth draughts for pain relief. The concoction was known for being rather unpleasant and often induced vomiting, thus earning it the name “absinthium”, meaning “undrinkable”.

ROMANS
The Romans infused wormwood and Mediterranean herbs, such as Thyme and Rosemary, in wine, which they drank after long feasts to aid digestion.

RENAISSANCE AND ENLIGHTENMENT
Elizabeth I was known to have taken a daily health drink of wormwood wine and a form was also known to have been the aperitif of the Royal Court of Louis XV and Louis XVI in France. 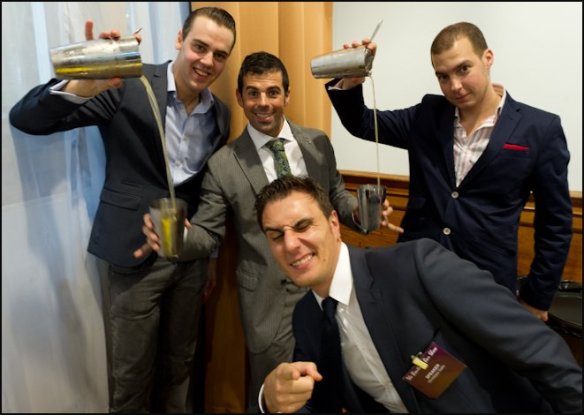 Ago and the team mix up some Vermouth Cocktails

So man has an established history with wormwood, but, by the mid 1700’s, wormwood drinks had become a little passé. In 1786, drinks made with wormwood were rejuvenated by Antonio Benedetto Carpano’s creation of a commercial vermouth. The name came from “vermut”, which was German for wormwood; the use of the German word is thought to have been to find favour with those associated with Holy Roman Empire.

Today, a wide variety of sweet, dry and extra dry vermouths exist, as well as some that are strongly flavoured with quinine or citrus fruits. In tune with its history, Vermouth is also made around the world, with versions being produced in  France, Italy, Spain, the USA and, thanks to Sacred, England, to name but a few.

Before absinthe came along, wormwood had mostly been infused in wine, but this new drink saw it being infused in distilled alcohol, instead.

Absinthe had its big boom during the phylloxera outbreak of late 19th Century. The wine blight came from the Americas and, although this blight had been around for centuries, the long journeys made by the sailing ships of the time meant that none had ever survived the trans-Atlantic voyage. However, with the new-found speed of the steam ship, the blight found new range and spread quickly; it ravished Europe, destroying over 70% of vineyards and causing a severe shortage of wine and brandy.

The European masses, previously fans of the vine, still needed something cheap to drink, so they turned their attention to absinthe. Such was the popularity of the drink that when the supply of wine recovered, its sales did not.

So a plan was hatched to discredit absinthe. Negative propaganda was produced that emphasised the hallucinogenic effects of Thujone, a chemical compound found in absinthe (and also – coincidentally – in high quantities in sage), and that this spirit was the “devil of society” and would lead to moral ruin. The smear campaign worked and, at the beginning of the 20th Century, countries started to ban absinthe, including the USA (1912) and France (1914).

I was interested to learn that it’s not just vermouth and absinthe that benefit from the flavours of wormwood; many liqueurs use it, too. Examples include: Jaegermeister, Pelinkovac and Galliano. There are also companies, such as Baika, that are making wormwood-flavoured vodka. 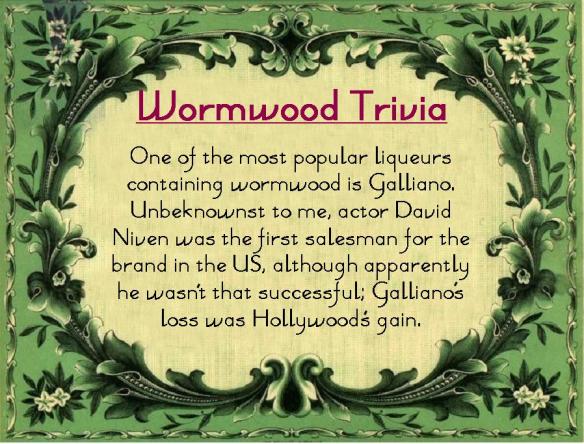 The talk was also scattered with a variety of tasty wormwood-related drinks, such as the Balsamic Martinez. Presented to us by Ago, this was a mix of Cocchi Vermouth, Genever, Maraschino and Galliano Balasamico. I thought it was a crisp drink with a good balance of bitterness, and sweet and sour elements.

If you’d like to know more about vermouth, I can highly recommend ‘The Mixellany Guide to Vermouth‘ by Jared Brown & Anistatia Miller. This was launched at the show and I was delighted to get a signed copy! It makes for a very interesting read.

1 thought on “Boutique Bar Show Presents… The Journey Of Artemisia”