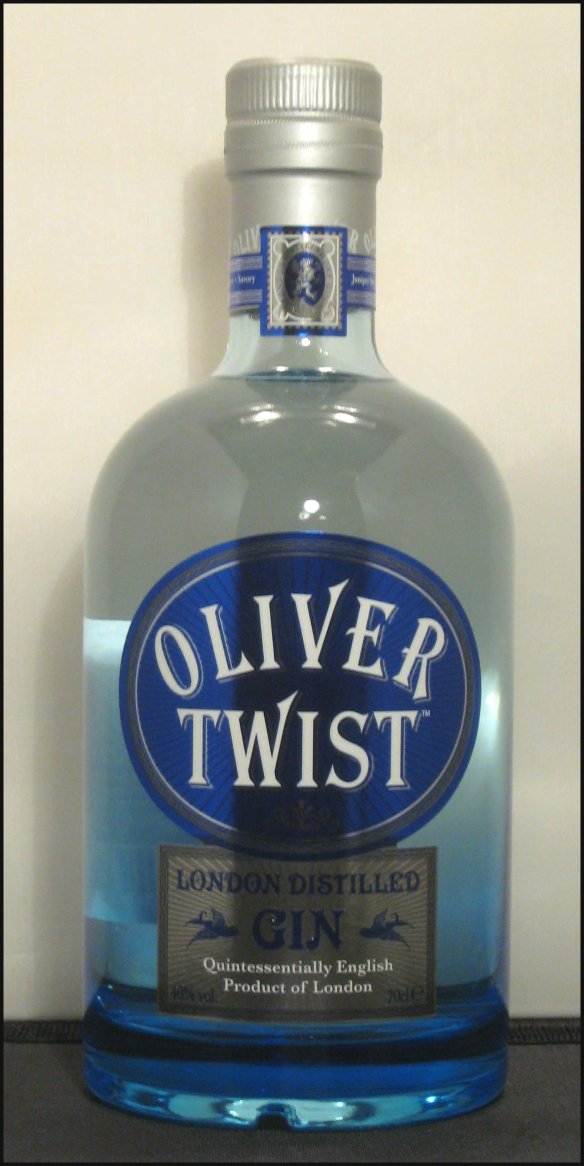 Being based, as we are, near Portsmouth, you can’t help but know some of the city’s famous residents, such as:Conan Doyle, Peter Sellers, Brunel, Chritsopher Hitchens, HG Wells and Charles Dickens. It is the last of these great men who is of particular relevance today, as we look at a gin named after one of his most famous creations, Oliver Twist.

Oliver Twist Gin was created by the Guernsey-based SD Spirits Ltd. The gin is unusually described as a “Distilled London Gin”. Technically, it is also a London Dry Gin, but the Spirits wanted to emphasise the fact that the gin is made in London; this is a similar idea to that of “London Cut”, which is another geographical moniker.

The gin is made at Thames, is bottled at 40% ABV, and contains four botanicals. 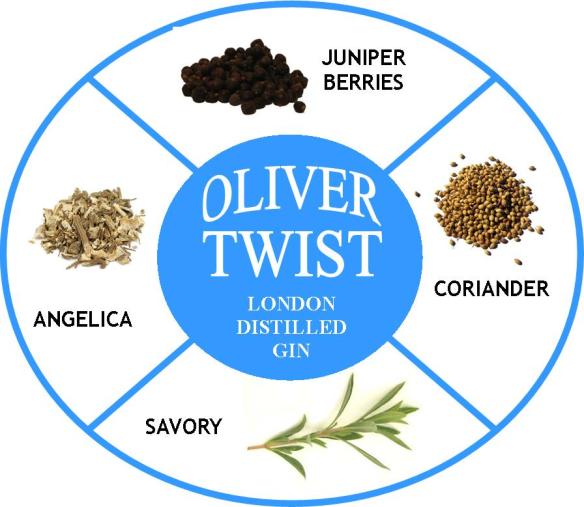 Own
Nose: Classic gin; dry juniper and coriander, a little salty, too.
Taste: Strong juniper with some lighter floral elements. Very dry coriander and bitter herbs on the finish.

Gin & Tonic
No nonsense, good strong juniper, with some sweetness at the end. All-in-all, a good classic-style G&T.

Martini
Very smooth, but still flavourful. The gin lets the vermouth come through, so there is synergy between the two. Soft initially, crisp at the end and pretty easy to drink.

Negroni
Intense and quite sweet, but very herbally bitter on the finish, which is quick. Overall, this came across as being a rather extreme (intense) drink; it’ll knock your socks off, but, if you love Negronis, this is for you.

Pink Gin
Rounded and powerful with a juniper kick. This works quite well, but is quite strong, both in terms of flavour and of perceived proof. The herbs and spice of bitters come through and the texture is silky, almost syrupy.

Gin Old Fashioned
A smooth, but spicy number, I found this easy to drink and a great way of enjoying the characteristics of the gin.

In the spirit of invention, here are some more unorthodox cocktails: 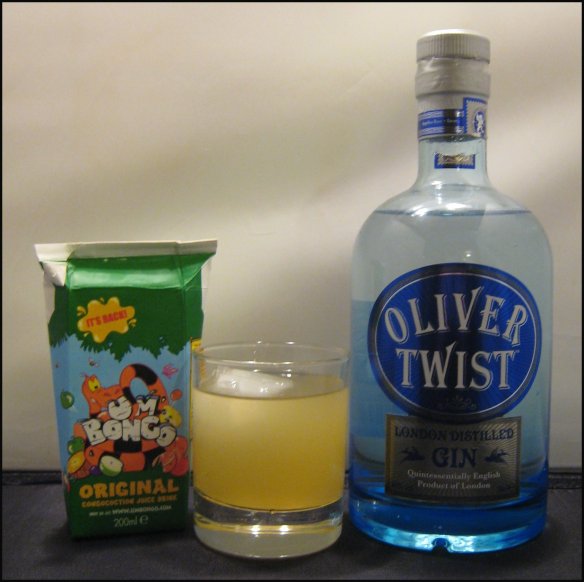 Mr Bumble’s Bongo
Gin and Umbongo; an unlikely combination, but one that was recommended by the folks at Oliver Twist Gin. It works surprisingly well and I really like it. The combination seems to bring out grapefruit from somewhere, but neither the gin nor the juice contain any. Very refreshing, easy to make and really worth a try.

What the Dickens?
This is a recipe that I came up with recently, but hadn’t found a name for. It looks like it won’t work on paper, but, once in the glass, it is pretty tasty.

The drink looks like a normal Collins and, initially, that is the flavour that you get: a fresh, dry mix of gin and lemon juice, but after the lemon, juniper and coriander, you get a subtle finish of dry mint chocolate. It works surprisingly well and makes you keep on sipping. 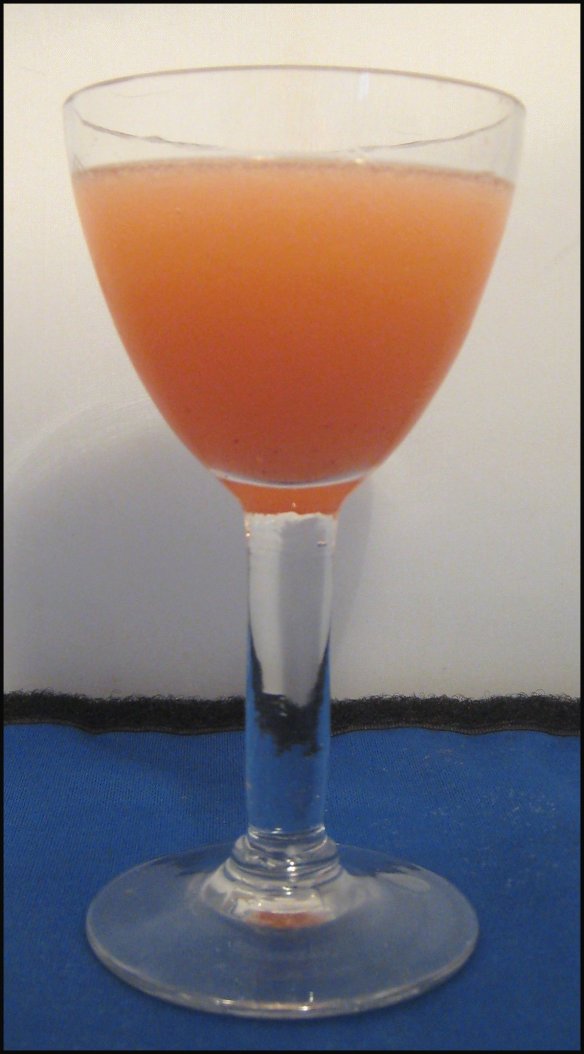 The Artful Dodger (Gin & Jam)
A variation on a drink from the 1930s Savoy Cocktail book, The Marmalade Cocktail. I’ve substituted the marmalade for jam in a nod to the Jammy Dodger biscuits.

This works well, although it’s important not to overdo on your measure of gin, so that you just get a jammy, strawberry finish subtly in the background. There’s a good amount of fresh tartness form the lemon juice, which works well with the angelica and coriander in the gin; to top it off, juniper comes through too. Scrumptious.

In Conclusion
Oliver Twist Gin has a small number of botanicals, but is still very flavourful. It is of a classic style of gin that works well in the traditional cocktails, such as a Gin & Tonic, but I also found that it made some delicious contemporary drinks such as the combination with Umbongo and in The Artful Dodger.