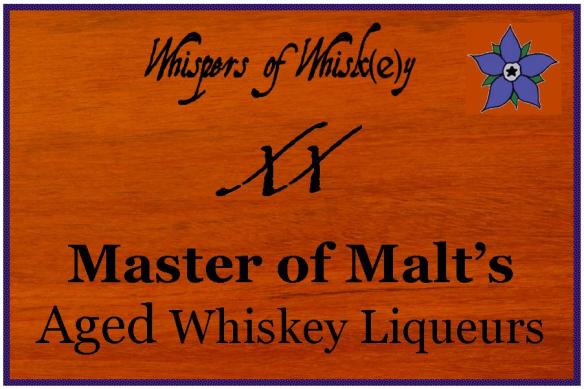 When DBS was sent some samples of Master of Malt’s Bottled Cocktails, a little bonus vial was sent for me; the contents: Master of Malt’s 10yr Old Speyside Liqueur. Master of Malt are known for pushing the boundaries and having a thirst for experimentation. With their whisky liqueurs, they have done something ground-breaking, putting a much greater emphasis on the underlying base whisky and giving each liqueur an age statement; the only other well-known age statement liqueur, as far as I know, is the 15 year old Drambuie.

Each liqueur is designed to have a different character. The base whiskies are all from a “Famous Speyside Distillery”; with such big brands as Glenfiddich, Balvenie, Macallan, Glenfarclas and Glenlivet coming from this region, a good bit of detective work would be needed to find out more precisely where they’re from.

For each liqueur, the suitably aged Speyside Single Malt whisky (10, 15, 21, 30 or 40 years old) has then been “seasoned” with various, carefully selected ingredients, before being matured in sherry casks. They vary slightly in strength, from 37%ABV to 43%ABV, but all are stronger than “typical” whisky liqueurs, which are generally nearer 20-25%ABV.

In order to avoid any preconceptions on my part, DBS helped me to conduct this tasting blind; he poured each liqueur into a tasting glass whilst hiding the bottles so that I would have no idea which one was which. Here are my notes. 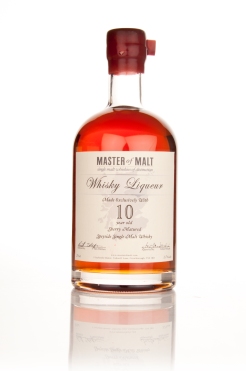 An intriguing, grown-up whisky liqueur with a distinctive finish of bonfire smoke.

Nose: I found this nose to be slightly herbal – almost medicinal – with hints of a savoury saltiness as well as ginger, cinnamon, vanilla and a hint of anise. Given the saltiness, I was reminded slightly of Talisker whisky, only without the chili “kick”.

Taste:  I thought this was a very “grown up” liqueur, with a measured sweetness that was balanced out by a slight acidity and bitterness in the middle. As with the nose, there was an intriguing medicinal quality (post-tasting note: I think this was probably the cloves taking me by surprise!) and a definitive lack of syrupiness. It was lovely and warming in stomach, and had a savoury finish of charred wood, like a bonfire or tobacco, but I found that this finish lasted a tad too long. As such, it reminded DBS of the Dalmore Cigar Malt.

10 Year Old Liqueur Bottling Note is available from Master of Malt for £26.95 for 700ml 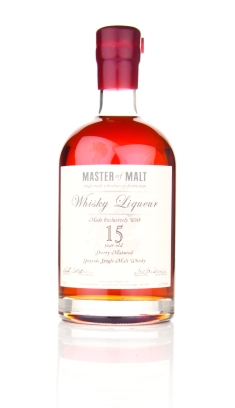 A light nose masks a deep, rich, spicy flavour; there’s lots of explore and it’s a shame that it’s so short.

Nose: Compared to the others, this seemed to have a much lighter, simpler nose. The sweetness was the main focus for me, with honey and wood coming through strongly, followed by a hint of vanilla.

Taste: In contrast to the uninspiring nose, the flavour of this liqueur was rich and with a surprising depth, albeit a tad short. It was sweet, but not syrupy, and multidimensional, with lots of spice. It then quickly faded away to a drier finish centred on the middle on the tongue, making me want to drink more to get at more of that main flavour.

15 Year Old Liqueur Bottling Note is available from Master of Malt for £39.95 for 700ml 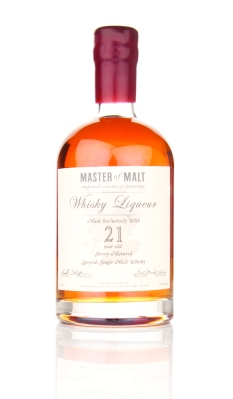 Master of Malt suggest that this “is perhaps the freshest and lightest in our range, despite its impressive age.”

Nose: Much sweeter and fruitier than any of the others, with hints of berries, honey, vanilla and a distinctive Scotch base with a scent heading towards ripe banana and the tiniest hint of sweet coconut.

Taste: This liqueur had a more syrupy texture. To start, it was very sweet with lots of honey, which faded into rich, woody flavours and spiced orange notes, alongside lighter citrus ones. There was an expanding warmth that started at the back of my throat, and a slight hint of charred wood on the finish. As with the others, this wasn’t at all sticky or sickly.

21 Year Old Liqueur Bottling Note is available from Master of Malt for £59.95 for 700ml

A stronger liqueur, with a sweet nose and dry finish.

Nose: Rich and sweet. A much darker and heavier nose than the others, this had notes of cinnamon, brown sugar, honey and a light nuttiness. DBS was reminded of honey, peach and rye.

Taste: This tasted stronger than the other liqueurs and, while not as sweet as the ones based on younger whiskies, was still a generally sweet tipple. It actually reminded me of a combination of the previous liqueurs’ flavours, with woody notes in the middle and a slightly dry finish. 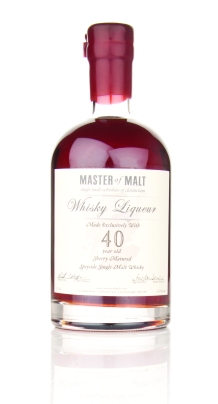 Made using 40 year old Speyside Single Malt whisky, cinnamon, orange peel, and cloves. It is darker in colour than its companions, and, interestingly, at the time of its launch, was the oldest whisky liqueur ever released for sale.

Rich, dark wood flavours with a delicious, dry nose of sherry and almond.

Nose: A much drier nose, with the nuttiness of almonds and marzipan. I thought this was lovely; the notes from the sherry casks are really evident here. There were also undertones of sweet cereal and dark wood, reminding me of rooms panelled with mahogany (!).

Taste: This was by far the richest of the liqueurs, with a distinctive, woody flavour that wasn’t at all dry like some of the others. Unlike the others, too, it had a flavour that gradually unfolded with time. It started with a hint of smoke and then sweetness faded in and out as the flavour developed on the tongue; the smoke returned for the finish, along with a delicious warmth.

Master of Malt have certainly succeeded in creating an interesting, mature range of whisky liqueurs where the whisky is the primary focus. The sweetness is restrained so that it’s not a raw, sugary force of flavour, but rather a smoothness that often fades quickly as the other flavours come into play.

With the sweetness taking a back seat, each liqueur had its own character, inherited from the base whiskies, and I found them to differ in particular in the strength, depth and length of flavour. As such, I’d say that their Whisky Liqueur Tasting Set, where you receive a 3cl sample bottle of each of the above, is a great way to find out which is your favourite. Personally, I thought that the fresh, fruity 21 year old and the rich, dark 40 year old were clear winners.