And its various variations


It was the name that first attracted me to The East India Cocktail; indeed, it seems that it is the unusual name that has kept this cocktail alive for so many years.
The drink has been around since the 19th Century and is mentioned by Harry Johnson in 1882 as being a favourite of the English living in various parts of East Africa. It is likely that the East India (also known as the Bengal) was created by an American bartender in one of the many American bars in one of the many grand hotels of the area. 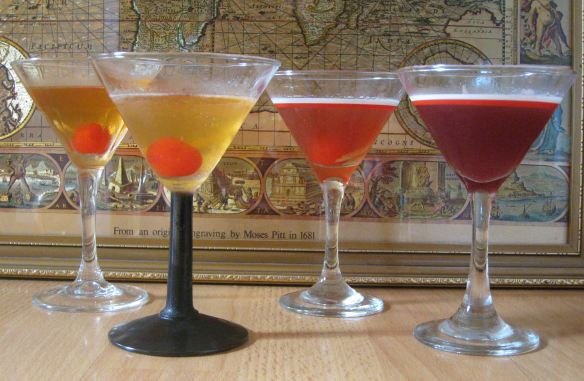 But it is the many variations of this cocktail created over the years that truly holds my interest. In the following paragraphs, I shall look at four of these recipes in turn.

This drink has a mellow smoothness with a sweetness that matches the rest of the drink and isn’t over-powering. All of the ingredients in the drink can be tasted, even the Maraschino. In comparison to the other variations, the golden clarity of this, because it isn’t shaken, reminds me more of the orient.

Notable differences are the transition to pineapple juice and the addition of Jamaican Rum. This drink was the least satisfying of the four, although shaking makes this drink very cold. This version is not as smooth as the first and is less sweet; but, really, it just lacks flavour.

A rather sweet and complex concoction, there really is a lot more going on in this recipe; it substitutes pineapple syrup for raspberry syrup, which changes the drink somewhat. It is more drinkable than the others and the raspberry and maraschino complement each other nicely. Despite all of this, I can’t help but have a nagging feeling whilst drinking it that I’m not being true to the original.

I would be a terrible liar if I said that I was looking forward to this. Although not, in truth, an East India Cocktail, it shares some characteristics with it. Also, due to the high ratio of pineapple juice, David Embury suggests this may not actually be a cocktail, but I shall not wade into semantics.

Shaking the pineapple juice gives the drink an incredibly foamy head; surprisingly, the port and the pineapple work rather well together (never thought I’d say that!), but the brandy is lost. This is a very smooth drink and very, very different, but, with its creamy finish, is actually quite tasty. I wouldn’t advise using your best cognac, though. 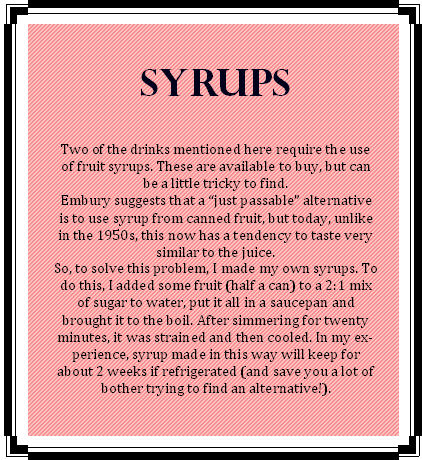 1 thought on “The East India Cocktail”