FOR AN UPDATED VERSION OF THIS ARTICLE PLEASE CLICK HERE

Many readers may be familiar with the most popular summer fruit cup, Pimm’s, but let me introduce you to its lesser-known competition. With the sunny start of the Bank Holiday, we took the opportunity to take to the garden and taste a variety of fruit cups. We mixed 35ml of cup with 105ml of lemonade (our preference was R Whites), we added ice, and a garnish of lemon, orange, cucumber and mint. We assessed each drink in terms of the overall taste, how refreshing and how “moreish” (did you wish to drink more) it was. 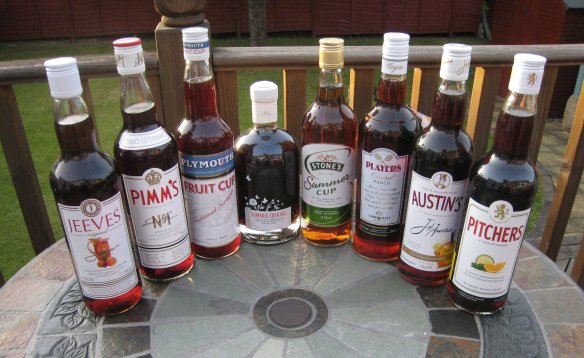 Here are the results:

Aldi’s offering has an attractive price tag. It has a similar flavour to Pimm’s and I know folks who use it as an affordable substitute. That said, it does not have a very strong flavour and when mixed with lemonade it struggles to add anything to the flavour of the mixer. With time, ice melt and the infusion of the garnish the flavour improves but it is not nearly as refreshing nor is it as moreish as some of the others we tried. A garnish is essential with this one.

Produced by Lamb & Watt of Liverpool, Player’s may be a little trickier to come by, and appears to be mostly found in specialist off licences these days, but it is well worth the effort. Player’s sweet, fruity style is what one would typically expect from a good summer fruit cup. This summery drink is very refreshing and perfect to enjoy on a sunny day. If you are looking for a very traditional, yet refreshing, fruit cup flavour, this would be your best bet.

This drink clings to the mouth, it has a strong but unpleasant flavour, similar to bitter herbs which was somewhat reminiscent of old vermouth. This was neither refreshing nor moreish. Less than half the price of Pimm’s, but not half as good. However, the drink did improve as the ice started to melt.

Pimm’s No.1 Gin Cup – 25%ABV – Available in most supermarkets and off-licences

Owned by drink’s giant Diageo, Pimm’s is the oldest and the best known fruit cup. Although there are other varieties of Pimm’s (such as Vodka No.6)*, we tasted No.1 (gin based). The Pimm’s flavor was surprisingly not as strong as some of its contemporaries and was also quite sweet. The aftertaste of sherbet lemons was both unique and pleasant. A drink that was both refreshing and relatively moreish. This was Mrs B’s favourite before we started and, although we both enjoyed it, in comparison to the others it was rather middle-of-the-road. 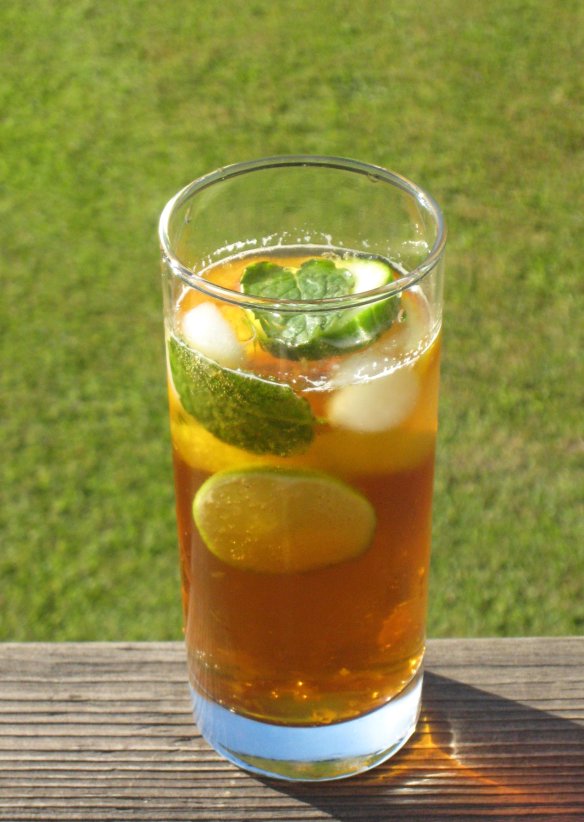 A complex flavour of herbs and spices, which reminds me of Italian vermouth with a good balance of sweetness and bitterness. This cup has the highest alcoholic strength, which gives it a little more of a punch but it’s certainly not too much. With the exception of the Stones cup, this was the most unique with a flavour which is full, but not overpowering. Plymouth Fruit cup produces a cool and refreshing drink and certainly leaves you wanting more.
It also worth noting that Plymouth also suggest trying mixing their cup with ginger ale; we tried this later and were inclined to agree that it improved the drink further. Definitely one of our favourites.

This divided opinion (who would have thought a fruit cup could be controversial!), one of us enjoyed the low-key sweet fruitiness and more prevalent herbal notes, which are somewhat reminiscent of peppered celery; the other found the taste and smell overpowering, and the drink unrefreshing.

This is produced by the makers of the famous Ginger Wine of the same name and is marketed as a light version of their ginger wine. This has a different flavour but it was a break-away that worked well, it stands away from the crowd and looks pretty good. The flavour has a little spice and a small hint of ginger: it is fresh and refreshing. The drink was complimented nicely by the garnish.
It is worth noting that Stone’s suggest mixing their drink one part of cup to four parts of lemonade. When we subsequently tried another drink, mixed to these proportions, the difference was a very pleasant surprise as the edge of the flavour was taken off and the drink became incredibly refreshing and easily the most drinkable. An excellent option, particularly if you are looking for an option which isn’t as strong as Pimm’s.

Very close in terms of flavour, strength and even packaging to Pimm’s and priced at over £10 a bottle, this is the most expensive of the more generic varities we tried. However it is one of the better ones; although it clings a little to the mouth initially, the drink was refreshing with a balance of sweetness and spice that was, fortunately, not too sweet. This, made up in a jug, and shared with friends would be lovely…
*more varieties of Pimm’s used to be available (No2-5; Scotch, Brandy Rum & Rye, respectively) and we keen to experiment with Tequila, Bourbon, Cachaca, White rum etc. too. Pimm’s No7…?